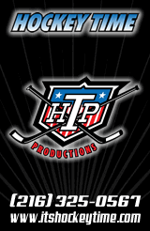 Information on Return to Play Policies

Dear Ladies and gentlemen of WNYAHL,

There are so many varying data points presented on covid-19 cases in the western region, specifically with Erie County. The figures presented recently by Erie County Dept. of Health (ECDOH) are misleading and the COVID-19 positive risk is actually LOWER in youth hockey v the average citizen . . . It is very easy to try to pin positive cases on hockey and the perception they want is that youth hockey is dangerous. Once again our sport is being targeted by unsubstantiated data and clouded by the fact that the ECDOH mandates the 10 day pause.  Staying the course, following the protocols and playing it safe is what the majority of hockey teams, coaches, and administrators are doing from the discussions I am having.  The message is the same from WNYAHL as it always has been, follow the protocols and err on the side of safety not playing the game at all costs.  Below are the recent numbers as of yesterday evaluated and presented by Dr. Michael Santa Maria.

Western New York Amateur Hockey League (WNYAHL) has 12,580 members, including players and coaches, on 412 teams during this unprecedented covid season.

If hockey is associated with elevated risk than we would expect an elevated case rate.  In order to have a Covid rate equal to the general population of NY, there would need to be 1060 cases.

Instead, as of about 3 weeks ago NY had identified only 245 cases out of 12,580 members.  This is a rate of 1.9%, which is markedly LOWER than the 8.43% rate for the general population.  WNY YOUTH HOCKEY MEMBERS ARE MUCH LESS LIKELY TO BE COVID POSITIVE THAN THE AVERAGE CITIZEN.

Gov. Cuomo's own data presented at the 12/11/20 press conference further support that 73.84% of Covid cases are spread via household/social gatherings v only 1.04% spread via sports.

On 2/23/21 a representative of ECDOH was quoted by WIVB-TV as saying that 49 local sports teams had been paused, "roughly half" of which are hockey teams.  Even if 25 hockey teams had cases, that is not very many individuals percentage-wise when there are 12,580 members and 412 teams, when >1 in 12 NYers has tested positive.

Youth hockey members in NY have a much lower Covid rate than the average citizen.

ECDOH is not considering sports team data in the context of Covid risk that exists among the general population.

And, thus far the media have also failed citizens by simply parroting ECDOH's  numbers without putting the figures in perspective (as above) so as to appreciate the actual LOWER risk associated with organized sports activity v high-risk household/social gatherings that might occur with GREATER frequency if organized sports are limited or banned.

DEPARTMENT OF HEALTH REQUIRMENTS BY COUNTY

1/26/2021 Ice Arenas in Chautauqua County are: Northwest Arena in Jamestown , Home of CCYHA

Monroe County includes all Finger Lakes/Rochester rinks except Batavia and Canandaigua. Batavia is in Genesee County.  Canandaigua is in Ontario County.  NOTE: the rinks at SUNY Geneseo (Livingston County) and SUNY Brockport (Monroe County) are closed due to SUNY rules for the 2020-21 season.

Rochester Jr. Amerks Home Rink. Page down to find the policy on the home page.

Scottsville Ice Arena (Rochester) as of 2/1

The rules and regulations posted below for Lockport's Cornerstone Arena will apply for NYSAHA Championships in April 2021. More rules for the other rinks coming!

This is the info posted by the Niagara Jr. Purple Eagles Asssociation for Dwyer Arena. The next item is direct link to the Dwyer Arena COVID Policy. As of 2-6, the policies are identical.